Getting a new computer can be interesting. My recent purchase of a Dell XPS notebook came with a few problems that I didn’t anticipate, including:

The video hardware is not properly supported under Linux - my fault for not checking up on this. The backlit keyboard is an ergonomic catastrophe. When viewed under bright light, the transluscent legends on light brown keycaps literally disappear. I got Dell to replace this with a non-backlit keyboard, problem solved. The traditional numeric keypad control keys, including arrows, Page Up/Down, Delete, and Home, have all been reduced in size and moved to random new locations. Since the notebook I bought is the size of a small car there was really no good reason for this, and it will probably take six months for my fingers to get used to the new locations. Under Windows, the Bluetooth driver has some sort of glitch that causes Word to crash - go figure that one out. This was resolved by disabling an addin that I wasn't likely to ever use anyway. Under Linux the Bluetooth driver makes my wireless mouse nearly unusable. However, turning off Bluetooth also turns off wireless networking. I feel like there is a solution to this out there somewhere, I just have to find it.

None of these problems are going to ruin my life, but they definitely contributed to a small feeling of buyer’s remorse which I am still trying to shake off. 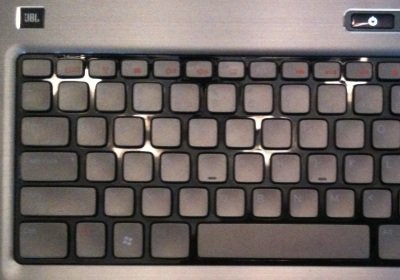 It’s not all glitches and pain though, there is some levity as well. Check out the message the BIOS produces on an attempt to start up on a non-bootable device: 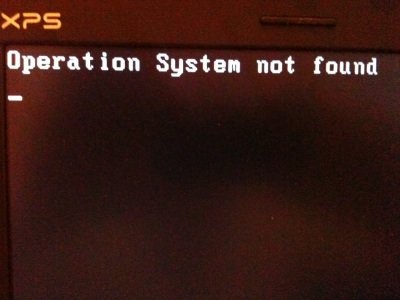 The BIOS message seen on a boot failure

Yep, my Operation System was not found.