Yes, the New York Times is with it. So much so that they can pull off an ironic headline in full belief that they and their equally hip readers will all get the joke when they read this article.

We salute you, Gray Lady!

Well, it’s always fun to take a big shot to task, but in reality this article covers a not-so-funny lawsuit. You’ve probably never heard of Brightware Inc., Amy Rice, or Julie Hsu, but in 2002 they more or less claim to have invented automated email response systems, and were awarded US Patent 6,411,947.

When trying to understand a patent, the best place to start is with the claims. That section of this particular patent leads off with:

What is claimed is: 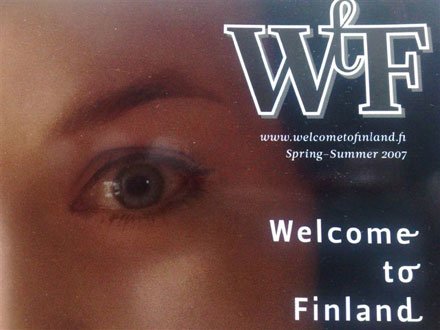 Keep on reading (and this patent is fairly easy reading) and you’ll once again wonder whether the patent service might have stopped using human examiners in favor of retired circus monkeys. In this case they’ve decided that in 2002, the use of a knowledge base for categorization and automatic response to email is novel. Welcome To Finland?

We Are Not Amused

It would all be a lot more amusing if Google, Yahoo!, Amazon, et. al. didn’t have to drag an expensive legal team to plaintiff-friendly Marshall, Texas to bat this garbage down. Ultimately, we may even see a bogus settlement to put the whole thing to rest, resulting in higher AdWord rates, book prices, etc.

Brightware may or may not still be in existence. They apparently were real at one time, but their web address now points to an Oracle product page. Whether they exist or not, it appears that at some point they must have sold the rights to this patent to Polaris IP, who actually filed the suit.

But let’s not hold a grudge against Polaris. They read the playbook and decided that it might be profitable to get into the game. As a company that doesn’t make anything or produce any products, they are safe against countersuits, and thus the only risk they take is that of wasting time in court with no payoff. They must think the chances of a win outweigh those risks by a large enough margin to make the action worthwhile.

I’ve been complaining about US Patent law for a long time and I always get a lot of static from people who somehow feel the system is in place to protect the little guy. A case like this is a textbook example of how the little guy is just a pawn in a battle between fat cats: wealthy plaintiff’s lawyers on one side, America’s richest corporations on the other. If you think this kind of friction is good for the US economy, well, I guess you want to maintain the status quo. Otherwise, I hope you see the folly.

It would be nice to put a stop to this.