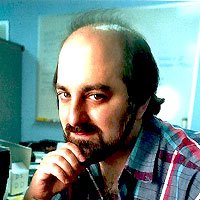 Ownership of the Zip file format has always been a tenuous thing. Back in the day, PKWare’s founder Phil Katz (shown) didn’t publish an official document or specfication, but hobbyists such as those with the Info-ZIP project did eventually have the Appnote.txt file that shipped with PKZip to provide a pretty good road map to the file format.

Given that background, it was with some interest that I received this email from a PKWare flack, trumpeting the announcement of a point release of the Appnote. Of course, a PR person is paid to be a bit breathless about the most mundane topics, but in this case I think PKWare is a bit over the top:

The APPNOTE is for ZIP what a new kernel is for the open source community. On October 2, PKWARE : will announce the availability of version 6.3 of this ZIP file format specification.

Yes, the Appnote is important, but I think comparing it to a rev of the Linux kernel is a bit of a stretch. Anyway, I’ll let you be the judge. Here is what is PKWare is promising as a delta from the previous version:

Interesting stuff, but as always, the big question will be how many implementations that process ZIP files will keep up with the changes. For example, it sure would be nice if WinZip maintained compatibility with PKWare. They discussed some of their struggles to do that with the previous Appnote on this page. It’s educational as well to read the Info-ZIP version of the Appnote to see where some of the problems crop up.

Add a comment letting me know if these features are going to make any difference in your life!