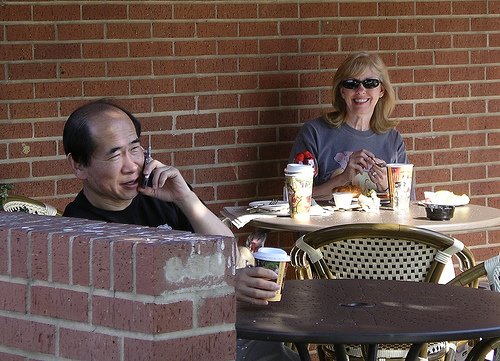 It was just a few weeks ago that I posted a tirade on my flickr account about this jerk that ruined what was supposed to be a leisurely Sunday morning breakfast by spending literally an hour on his mobile parked two feet away from me - no, he didn’t have any food, he was just using the table as a comfortable phone booth.

I have way too many issues to be used as a reference on whether this kind of behavior is really as bad as it feels to me, but if you look around, you’ll see that I’m not the only one who flares up over phone calls in enforced, confined spaces. Microsoft’s web site contains a guide to mobile etiquette that flat-out says it: Never talk in restaurants, ever!

Even my carrier, Cingular , runs a PR campaign around the theme of being Safe and Sensible, which points out that you should step out of a public area when taking a phone call. 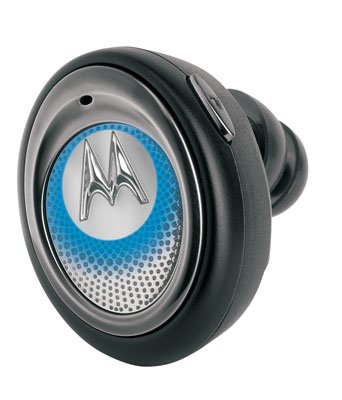 So you can imagine how great I felt today when I see the product info for Motorola’s new tiny, in-the-ear bluetooth headset, which includes the suggestion that loud environments aren’t a problem with this earpiece: Just use the Motorola H5 MINIBLUE for strain-free conversation on the freeway or in a coffee shop.

No Motorola, you don’t use this in a coffee shop, and it’s a pretty freakin’ bad idea to use it on the freeway too. Have you been paying attention? Let me make two points.

Motorola, I already quit using your phones because of the stupid side buttons that can’t be disabled and continually put my phone in silent mode. But that was just me. I think now we need to call for a nationwide boycott of your products until you quit giving advice that turns users of your products into dangerous idiots or annoying jerks.